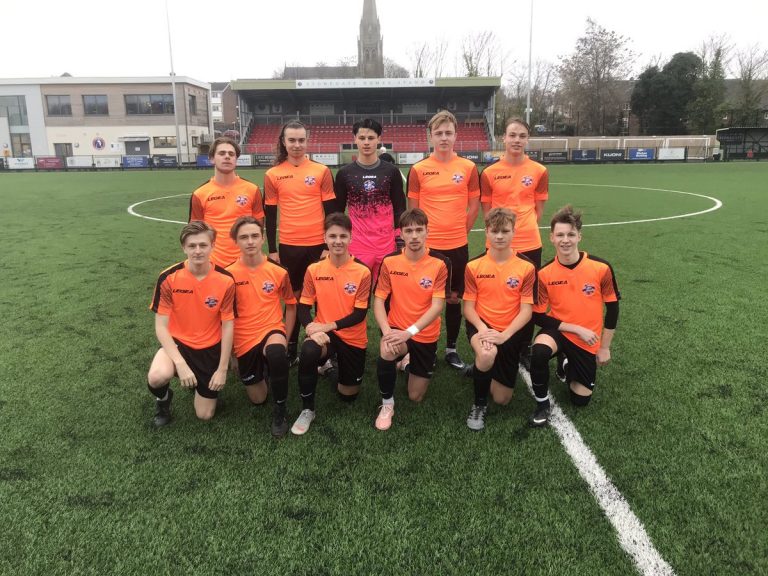 Open trials for this year’s Tonbridge Angels FC Academy intake are to happen at Hugh Christie School, White Cottage Rd., Tonbridge, TN10 4PU on Thursday and Friday February 21st and 22nd February from 10:00am to 1:00pm.

There will be training sessions together with small/larger sided matches so that students can showcase their abilities. We will then commence the process of selection for places in the new Academy year starting this September.

Our January Open Evening held at Longmead was very successful with over 25 students attending and finding out the benefits of being part of the Angels Academy.

However don’t worry if you missed out on this as there is still time to be involved through the Open Trials. Just go to http://form.jotformeu.com/90132443551347 or email tafcacademy@outlook.com as soon as possible.

The new Angels Academy has proven to be a massive success so far and will provide you with a chance to develop your footballing potential while at the same time providing you with nationally recognised qualifications (A Levels and/or a BTEC Level 3 in sport)and gaining your FA level 1&2 coaching badges.

Led by Tom Parkinson (UEFA A Licenced coach), club captain of Tonbridge Angels and Jamie Coyle (UEFA A Licenced coach & FA Tutor) manager of Dartford FC 1st team who currently compete in non-league’s second tier, National South, both Tom and Jamie have substantial experience in youth development and teaching. They will of course be supported by a top class educational establishment Hugh Christie School to provide that classroom backup that is so vital within a successful Academy.

As well as daily football training, Academy members will have the opportunity of being part of a squad competing in the National u19 youth  League or the Kent academies league as well as the prestigious FA Youth cup.

So far in this year in our 1st year of running the scheme our achievements to date are as follow;

Don’t forget to apply via the link or email address and it could be your first step in obtaining a fulfilling and rewarding career in semi-professional football as well as further developing you academic profile.