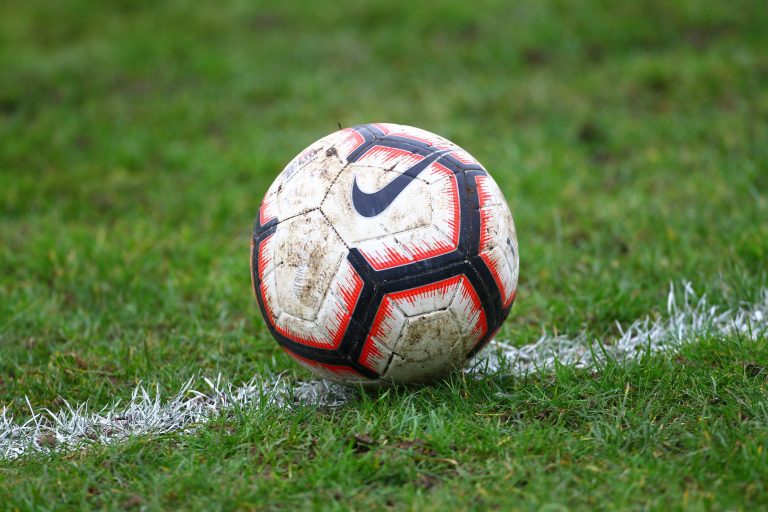 On a very cold chilly day, West Wickham scored with virtually the last kick of the game to snatch a point against their visitors Metrogas.

West Wickham were not their fluent selves today perhaps suffering the after effects of their splendid 6-0 win against Dorking Wanderers in the Presidents Cup on Friday night.

Metrogas had defensive problems being short of a keeper but outfield player Kenneth Kerr did an admirable job as a stand-in.

It was the home side who had the first chance of the game on 2 minutes when Ben Mortimer’s lofted pass found Freddie Yeats but he sent his volleyed effort over the bar from close range.

Minutes later Metrogas had a great chance to open the scoring when Chaikib Bellamine’s excellent through ball put Finley Williams in on goal but as he got to the edge of the area and tried to dribble around the advancing West Wickham keeper Louis Youles, he was upended by him and a free kick on the edge of the box awarded.

Surprisingly no action was taken against the home keeper for the foul and the free kick came to naught.

The home side then nearly took the lead when a Joseph Boss right wing cross flew across the face of goal to the far post where a stretching Michael Godwin could only touch the ball wide.

They had another chance on 11 minutes when Charlie Smyth’s left wing cross found the run of Alfie Airey into the box but his header flew over. On 19 minutes Metrogas’s Williams hit a long range shot that Youles held high to his right before the visitors took the lead shortly afterwards when Khalifa Dieng’s right wing cross was met by a powerful header from Williams that beat Youles to his left but the ball rattled the post before rebounding back out to Williams who was able to slot home from close range.

The visitors then had a good spell of possession with Bellamine having a shot on the turn fly straight at Youles before Williams had a long range effort fly over.

On 40 minutes West Wickham might have pulled level when Matthew Doyle’s left wing cross found Airey but he sent his header straight at Kerr.

Metrogas then had a chance when Amin Hamouchene turned well on the edge of the box but his shot flew straight at the home custodian.

Just before half time the home side went close again when Robert Hinkley’s shot on the turn flew just over before in stoppage time Yeats had a shot blocked by a Metrogas defender that sent the ball into the path of Doyle who fired over when well placed.

The home side dominated the early part of the second half and almost drew level on 52 minutes when Mortimer made a good run down the left before whipping over a low cross that Yeats turned narrowly wide.

Smyth then hit a dipping free kick from wide left that Kerr did well to save at his near post.

On 55 minutes the home side changed their keeper with the injured Youles being replaced by Joseph Barnes.

On 66 minutes West Wickham went close again to levelling when Matthew Odolan’s right wing cross was volleyed over by Yeats.

Minutes later Metrogas were unlucky not to double their lead when Bellamine’s lofted pass saw Jay Reed reach the ball on the edge of the area just before the on-rushing Barnes and send his header over the keeper but the bounce of the ball saw it bounce up and fly over the bar.

On 89 minutes it looked as West Wickham would finally draw level when Airey’s pass put Yeats through on goal but his fierce close range shot was well saved by Kerr who managed to push the ball over for a corner.

Then on 94 minutes another fierce Smyth free kick from wide right forced Kerr into another good save tipping the ball over for another corner.

Then on 97 minutes just as it looked as if Metrogas would hold on for all three points their resolve was finally  broken when a lofted ball into the box found Godwin who scored with a powerful close range volley smashing the ball home high to the right of Kerr.