Living the dream with Louis Collins 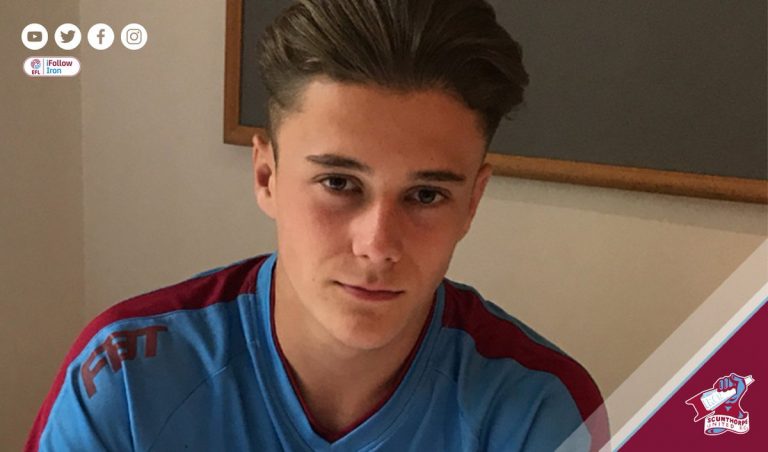 Having learned his bread and butter playing in the Kent Youth League, where Louis picked up the prestigious golden boot award – not once, but twice – we caught up with him to find out what life as a promising young pro is like.

Going right back to the beginning, Louis said:

“I started playing football when I was five years old. I went into my school football team and then played for Sevenoaks from u11s to u12s. I then got picked up by Millwall FC and signed for them after a six-week trial. I was at Millwall from u13s to u14s.”

“When I was there we won the national cup. I left there and went to Ebbsfleet U15s playing in the South Division. I was there for a year and scored 47 goals in 23 games. The next season I went to Bromley in the North Division which proved to be slightly harder, I finished top goal scorer and we won the league.”

“After that I was on trial at Charlton for six weeks and had the choice to go to Scunthorpe for a trial and signed for them as a scholar.”

The Kent Youth League proved to be a valuable platform for Louis, who looks back fondly on the seasons he enjoyed playing across the county.

“My first team in the KYL was Ebbsfleet. I had just come out of academy football and was looking to get my confidence back up and start enjoying my football more, this helped me to improve and score more goals as the season went on.”

“The next season I pushed to challenge myself a little more and played in the north league. This involved a little more travelling but was well worth it, as it added that physically aspect to my game that also allowed me to improve and score more goals.”

Louis’ goal-scoring in the League saw him pick up the KYL’s Golden Boot award for two consecutive years. It was an achievement that set the tone for Louis’ future ambitions.

“The first year I won the golden boot, it elevated me to make me want to win it a second year running. This definitely made me a lot more ambitious and confident that I can score more goals than the year before.”

“I think it put me in a better position going forward and gave me something else to look and work for to succeed in. It is good to be competitive as it can give you an extra push towards the final result and allows you to enjoy it a lot more”

All Louis’ hard-work and travelling led to a two-year scholarship deal in the Football League and he credits the experience within the League to assisting him settle back into life at a professional club.

“I had been at a professional club before but the years I spent in the Kent Youth League were vital for me to get my confidence up and start enjoying my football properly. Going from this back into a professional set up was ideal for me and was what those years I worked hard led to.”

“The leap can be quite big if you are not familiar but not if you work as hard as other players and make yourself to be better than them.”

Living his dream of learning day in day out, Louis’ hard work within the game shows no signs of stopping.

“When I first went into the Kent Youth League, I felt like being a professional footballer was so far away because I had started the journey that every big football player has ever started. The main way I felt that made me the player I am today was in my mind I wanted it more than anyone else and had no doubt that I would do it.”

“Now I am one big step closer to getting that end goal because I didn’t give up in those years and enjoyed my football to an extent where it made me better.”

“I would say to other players make sure you enjoy your football and learn new things to adapt your game to become the best you can be.”

With sound advice like that, we’re sure young Louis’ promising football career offers lots of inspiration to other young players across the League.